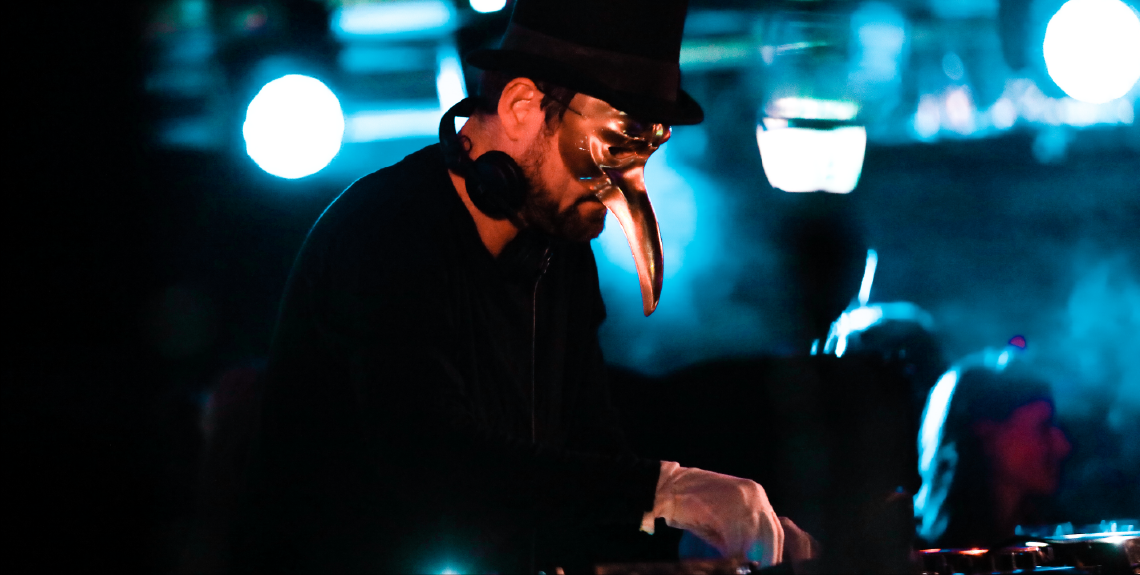 The Berlin producer and DJ Claptone, which we can easily distinguish from the golden bird mask, is also able to distinguish with the powerful bridge between indie dance and deep house. The mysterious DJ, who doesn’t miss the melodies full of unlimited energy and dance, doesn’t forget to keep his audience calm. In 2015, he released his first album with Peter Bjorn and John, Clap Your Hands Say Yeah, Jimi Tenor and Young Galaxy. In 2019, TENDER released the Fantasy album, which includes many names including Zola Blood, Jones and Blaenavon. Clapton will take his audience on a sonic adventure with his costume reminiscent of a mystical presence.

The event brought to life the concept of parking, night lighting will take place with a special synchronized rhythm to be applied for the first time in Turkey, will be the pinnacle of entertainment! The night will also include the surprises of Lucca Cocktail Studio and Beat the Night.

Under Square concept under the nightlife to colour the party, 22.30 at the opening of the door to watch and 00:00 to show the high-rhythm performances of the admiration, the famous name of the world of music producer and DJ Claptone cabin will pass.

Following his successful release, many music fans began to wonder about Claptone’s true identity. In his biography he describes himself as “born in a long-forgotten world, many generations ago, through a tree-lined darkness, a species of bird created by gliding and fluttering, drifting and daydreaming. He wore a dazzling gold mask of form illuminated by the glow of light and indecipherable. Its long beak was pulled down like an inverted horn, and since then people have begun to call the mythical entity simply Claptone. “A lot of different predictions have been made for this mysterious artist who identifies with the myth, from Aphex Twin to Fatboy Slim.

Designed with inspiration from Istanbul and hosting the world’s most important brands, Emaar Square Mall continues to bring together the best of shopping, entertainment and gastronomy at once and in one square. Which opened its doors this past summer, many artists Emaar Square Mall announces the name again, this time with the Clapton.

Emaar Square Mall to witness this experience with high quality sound system will transport you to the climax. In addition, thanks to the large concert area, you will not be stuffy as in other concert areas. Book your place at Emaar Square Mall on January 18th to enjoy the unique art of this obscure artist.