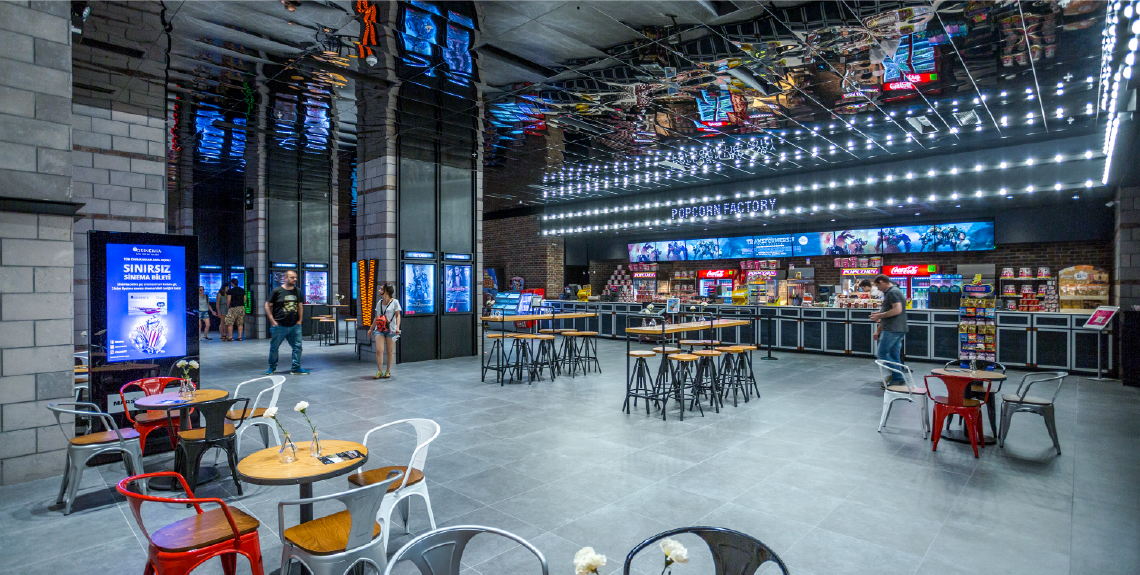 Are you one of those who love to spend time at the cinema? Then sit back! At Emaar Square Mall you will have a unique experience with Cinemaximum quality. We have listed the most beautiful films to meet the audience in January.
You can click the link below to buy tickets early; https://www.cinemaximum.com.tr/emaar-square-mall-sinema-salonu
You can see our list of films to be screened below.

Night Coming: ’Gin Baby’ is the story of a genie that plagues women only and women who get pregnant with them. The life of Doğa, a young woman living in the village, turns into a nightmare when the demons haunt him. Doğa, who is pregnant with this demon named Ziffar, the son of the devil, has to give birth to the baby. The young woman, seeking a way out of this incident, is forced to make a deal with the jinn in the village cemetery. This horror film that will connect its audience will meet you at Emaar Square Mall on 3 January 2020!

The subject of the Rupert Goold-directed film Judy: in the winter of 1968, it was 30 years since Garland played the iconic role of Dorothy in “The Wizard of Oz.” Arriving in turbulent London for performances on Talk of the Town, Garland experiences the exuberance of reuniting with friends and fans, while also clashing with the nightclub’s management. With the introduction to the life of Mickey Deans, who will become her fifth husband in the future, things begin to look brighter for Garland. But after working in 45 year, she is very tired and sensitive. The memories of his childhood sacrificed to Hollywood and his willingness to return home to his children cast a shadow over Garland’s mind. The Judy film meets its audience on January 3, 2020.

The year is 2003. While politicians in Britain and the United States are trying to invade Iraq, HIM translator Katharine Gun leaks a secret email calling for espionage to force UN Security Council members to go to war. Accused of violating the State Secrets Act and facing imprisonment, Katharine and her lawyers set out to defend their actions. The woman whose life, freedom and marriage is threatened must stand behind what she believes…
The film Official Secrets will give you a unique experience on January 3, 2020 at Emaar Square Mall.

Igor and Polina’s only child Vanya is missing. Even though 4 years have passed, the incident cannot be solved. The young couple find the solution to adopt a boy of the same age. This new boy is becoming more and more like his Vanya. This will not cause much trouble at first. But things are not going to happen normally. Because this new Vanya is a weird kid. Even more than Strange, a non-human being is a “savage.” This interesting film meets the audience on January 3, 2020.

There’s nothing he wouldn’t do to find the body that belongs to the severed hand that escaped from a laboratory in Paris. For a lonely hand severed from his body, the dangers of the streets of Paris do not deter him. The knot of the broken love story of Naoufel, who distributes pizza by motorist with the librarian Gabrielle, is this severed hand. Adapted from the novel The Happy hand by Amelie’s screenwriter Guillaume Laurant, this animated film is eagerly awaited by audiences. The film I lost my body is at Emaar Square Mall on January 17, 2020…

The heroes of Feride’s dreams, who is a tailor and sews fake hero clothes, are completely different. One day, Feride defies his boss Cetin and makes a bet. Emerging from the underground, the designer begins Feride’s joyous journey to head to the fashionable skyscrapers. It is the story of heroes who take their power from Love, Feride. The film Feride will be screened at Emaar Square Mall on January 24, 2020.