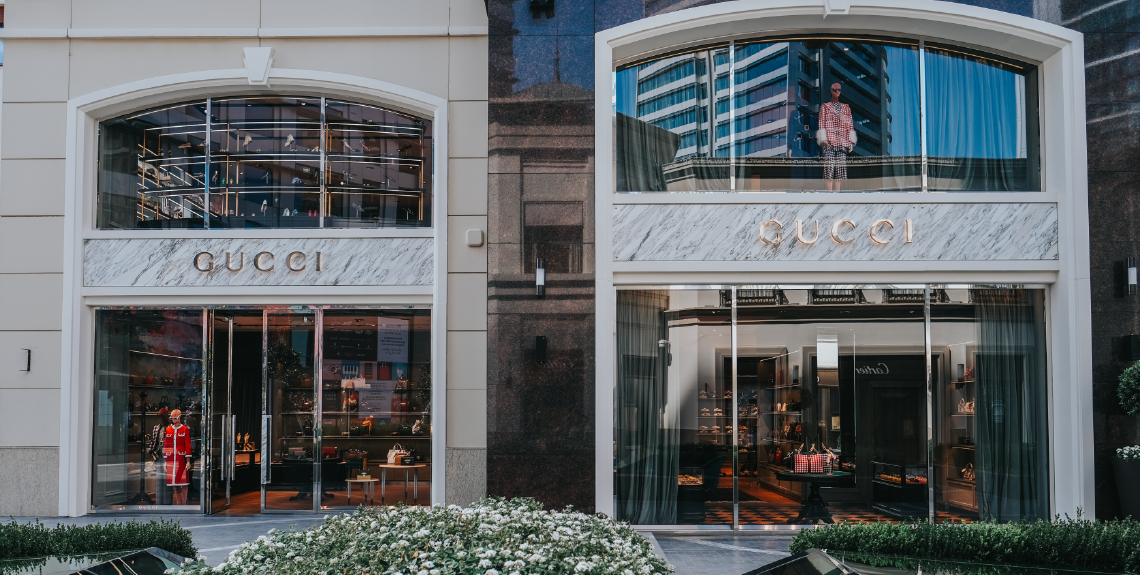 Guccio Gucci was born in 1881 as the son of Gabrielle Gucci, a leather tradesman. Guccio’s youth runs through London. He works at The Savoy Hotel for a while. Guccio returns to Florence to introduce the architecture of the Savoy Hotel, which is a book of classic luxury, with Italian dexterity. Gucci, the world’s largest fashion house, thus opened its doors to the world of fashion in 1921. Guccio’s claim is in the skin and in the sense of quality service from The Savoy. Gucci, which has made it a principle to work with the most professional names in its field, dazzles with its carefully selected team. In 1932, Gucci designed and introduced the first loafer shoe. Don’t underestimate this shoe, because it’s possible to see these shoes at the Museum of Modern Art in New York. With the iconic “Bamboo” bag that followed the shoe, Gucci has begun to take notice of its competitors. Gucci has become popular among nobles since Diana, Princess of Wales, started using her ‘Bamboo’ bag. Meanwhile, Gucci doesn’t give up on the crowded Italian family tradition. He has a total of 6 children with his wife, Aida Calvelli. After Guccio’s death, the management tender of the Gucci Company remains to the Gucci men. The four brothers managed to promote their family business to the world with the Gucci stores they opened in London, Paris and New York in 1953. The term” imitations keep their origin alive “didn’t really apply to Gucci in the’ 90s. In those years when imitation peaked, Gucci’s image was damaged by counterfeit products that could not be prevented from being produced worldwide. Prestige is important in the fashion world. Tom Ford took over Gucci in 1994, and Gucci’s shaken image was almost recreated. Tom Ford has survived the Golden Age of Gucci with his unique vision and provocative language. Not without the mention of Frida Giannini, who successfully pulled out of the clouds of crisis after Tom Ford. Frida Giannini, who took over from Tom in 2006 as creative director of Gucci, punctuated the Gucci story with her Spring/Summer 2015 collection, which she presented in Milan, after a successful 9 years.

We now follow the course of the Gucci brand, captained by Alessandro Michele. It should not be forgotten that Gucci is not only a brand but also a brand that drives fashion around the world. This special brand is presented with its lovers at Emaar Square Mall on the Anatolian side of Istanbul. Emaar Square Mall is a rare shopping mall that incorporates many luxury and famous brands as well as the Gucci brand. The famous brand, which connects people of all ages with its popular products, attracts the attention of everyone with its creations today. If you want to experience a unique shopping experience at the Gucci store, which you can rarely find in Istanbul, you can find it on the ground floor at Emaar Square Mall.